Okay, February is not the ideal month for a dip in the ocean in Yakushima unless you're either looking for a polar-bear experience or wearing an insulated wet-suit. But today I thought I'd try to warm up by thinking about one of Yakushima's great summer activities: Swimming.

First things first, Yakushima isn't some sandy atoll caressed by gentle tides. The shoreline is mostly rocky and there are some powerful currents in the area. In fact, the island slopes down under the sea so steeply that even marine biologists are amazed that Yakushima can support rich coral reefs, but that doesn't have to spoil your fun: There are three designated swimming beaches in Yakushima where you can splash around in relative safety: On the east coast, there is Haruta Hama in Anbo; on the West Coast there is the sea turtle beach in Kurio; and on the north coast there is the swimming beach in Isso.

Of course, you can enjoy the beaches year round, but during summer vacation days from mid July through the end of August, showers, restrooms, and lifeguards may be found. I believe Kurio's restrooms are open all the time, but you may want a flash light. 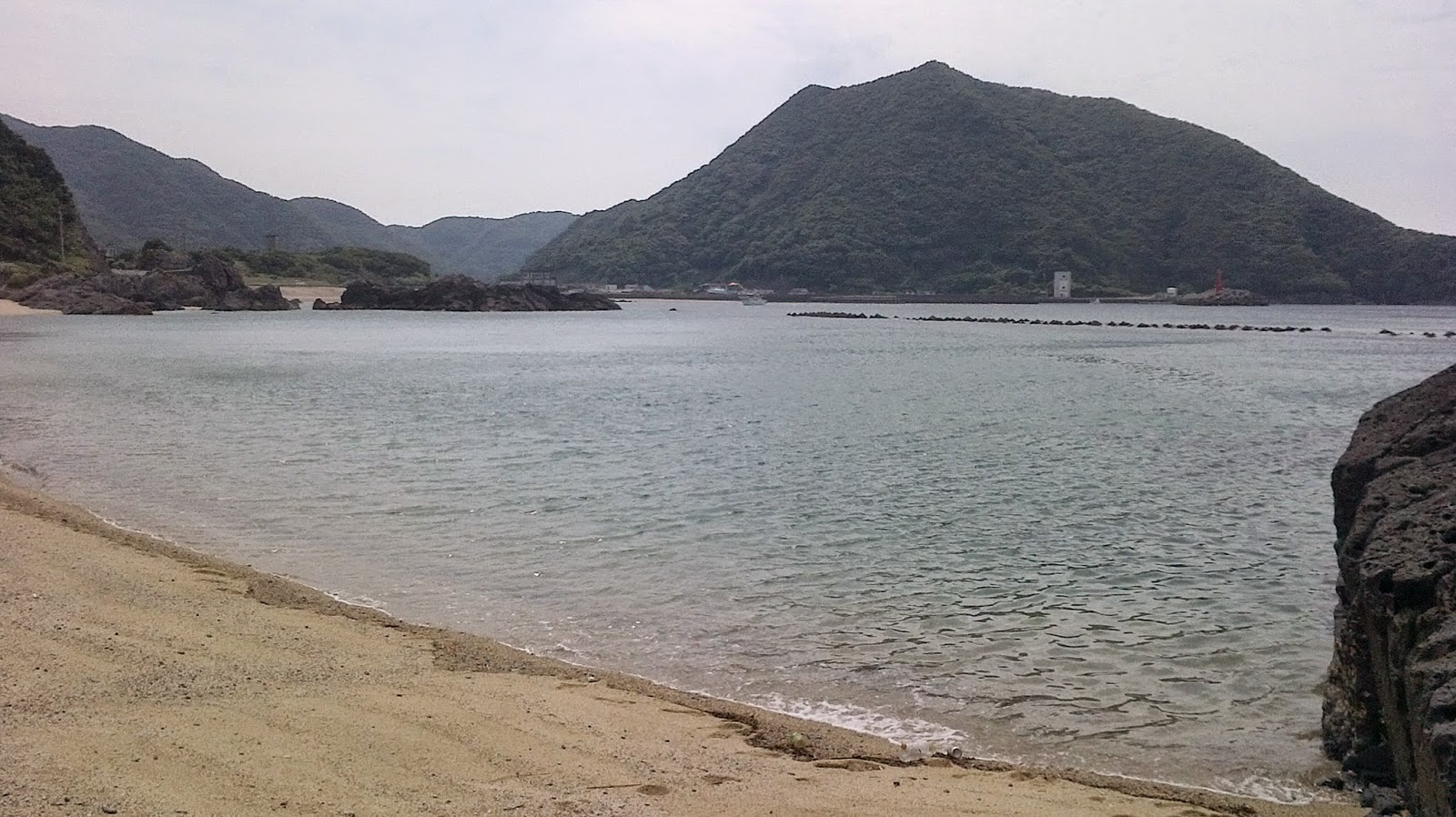 Isso is probably the most lively, offering a roped-off swimming area and a beautiful sandy beach that slopes gently into the ocean. During summer vacation, venders hawk food and snorkel sets on your way from the parking lot, and there are often a few kids trying to kick a soccer ball along the sloping beach. But don't worry: The swimming area is big (and deep) enough that you can easily swim away from the bustle if that's not your style. Perfect after a morning of hiking in Shiratani! Also, if you're in to snorkeling, ask around: The bay on the other side of Yahazu Peninsula -- just a few minutes drive east of the swimming area -- is known for sea life, and -- unlike most coral reefs around Yakushima -- there are not too many big reef rocks to crash into.

The swimming hole at Haruta Hama is literally just that: A large pool carved out of the coral rock, with great protection from the waves. The swimming area is plenty big enough to swim laps, and there are two large rock piles kids like to jump off of in the middle. You can also see colorful fish lurking in shade of the rocky walls. The bottom is mostly sand, but during extreme low tides it can be a bit too shallow and salty for a pleasant swim. Bring your shoes so when you're worn out from swimming you can take a stroll along the coastal flats and peer into the tide pools.

I have to admit I have never swum at the swimming beach in Kurio because I'd rather explore the nearby coral reefs of Cape Tsusaki that are so beautiful. However, because of currents and rocks, the swimming beach is a safer option if you're looking to relax or take the kids for a swim. It's protected by the same sea walls that protect the neighboring harbor, and the sand beach is usually quiet except for the lull of waves and the occassional fishing boat. Not too many swimmers venture out to this beach, although it is very popular with sea turtles during summer nights.

I'm not going to state the obvious guidelines like don't swim by yourself, and don't swim after drinking alcohol, etc, but I do want to point out two important rules.

1.) Let the sea turtles be. Remember that they bury they're eggs in the sand at night, so don't bother them by going swimming at night, and try not to disturb their nests. And, of course, no fires.

2.) Be aware of dangerous animals. The swimming beaches listed here are safer than outer reefs, but to be on the safe side, don't touch or bother sea snakes, lionfish, striped eel catfish, cone shells (yes, sea shells can kill people), sea urchins, certain corals、fireworms (think underwater caterpillars), stonefish, blue-ringed octopuses, or man-of-war. Actually, you'd better find alternative plans if you've run into a mass of men-of-war. The animals listed here aren't known to attack, but some of them can kill you. (Hope to have a new post on these guys soon! In the meantime, I found this page featuring photos of many of these critters. ) Let's avoid touching anything we are unsure of!