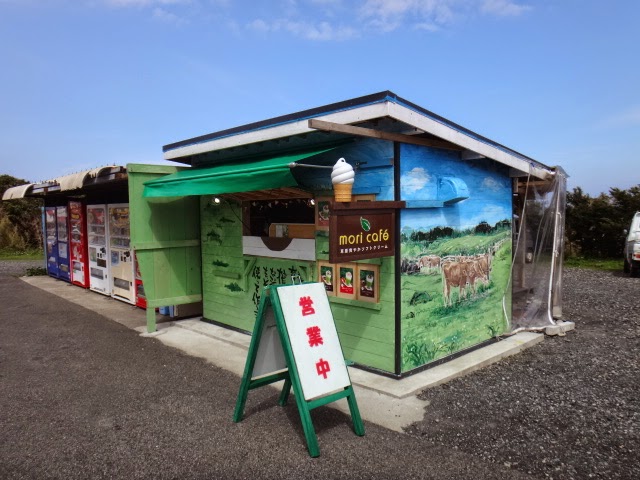 Alright, I'm willing to bet money you just said beer, but if you hadn't, maybe you would have said ice cream. Which is funny, because, until last year, Yakushima had no ice cream parlors. Crazy, right?

Anyways, Yakushima now has two places that cater to the crowd craving the other cold stuff. One of these is Sola Umi, which dishes up a variety of gelatos on the south side of the island. The other is Mori Cafe, which also offers a small line up of cafe treats but remains a soft-serve ice cream stand at heart.

Mori Cafe is conveniently located near the airport, and there's no waiting. Just walk up to the stand, ask the owner for the staple: a vanilla soft-serve waffle cone, (Actually, this is what we would call a sugar-cone in the US.) and there you are. The fact that this is the only place to get a soft-serve waffle/sugar cone (sorry, no photo because I always finish mine before I remember to to pull out the camera) on the island and the fact that it's super delicious jersey-milk ice cream are bonus points.

Seating is limited to a small deck in the back, but it's not usually crowded. 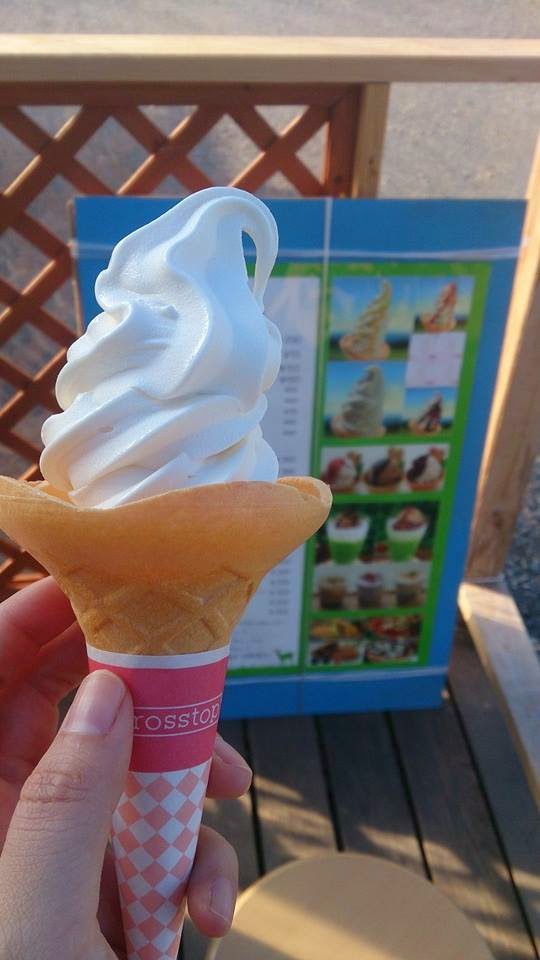 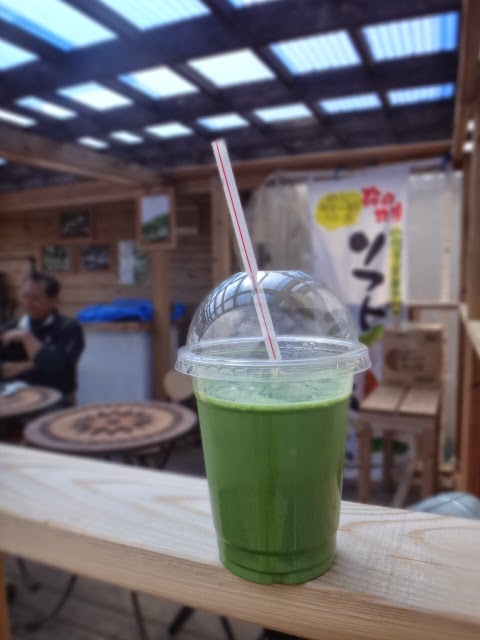 I've never managed to get a photo of my icecream before it's mostly gone, so I got this photo on the left from my friend, Yuki. But I did take a photo of my green tea latte before drinking it!

UPDATE:
The food menu changes a little every day; but I'm told that the owner sells soft cream to form a customer base; and that he hopes to introduce very different foods to the line up!
Mori Cafe
Location: Koseda (30.3867,130.6555) Just north of the airport, across the street from Drugstore Mori and the Somes Homestore.
Hours: 11-7, closed on Wednesdays during the off-season. However, the owner is still trying to figure out what hours work best, so you may find Mori closed or opened unexpectedly.
Website: None, but you can find them on the Yakushima-Marche website.

* Hours of business may change, so please call ahead.
Posted by Yakushima Life