Torrential rains interfering with your visions of Princess-Mononoke hiking? Then it must be time to go on a waterfall hunt! I can't list all the waterfalls in Yakushima, but here are seven of the most easily accessed! 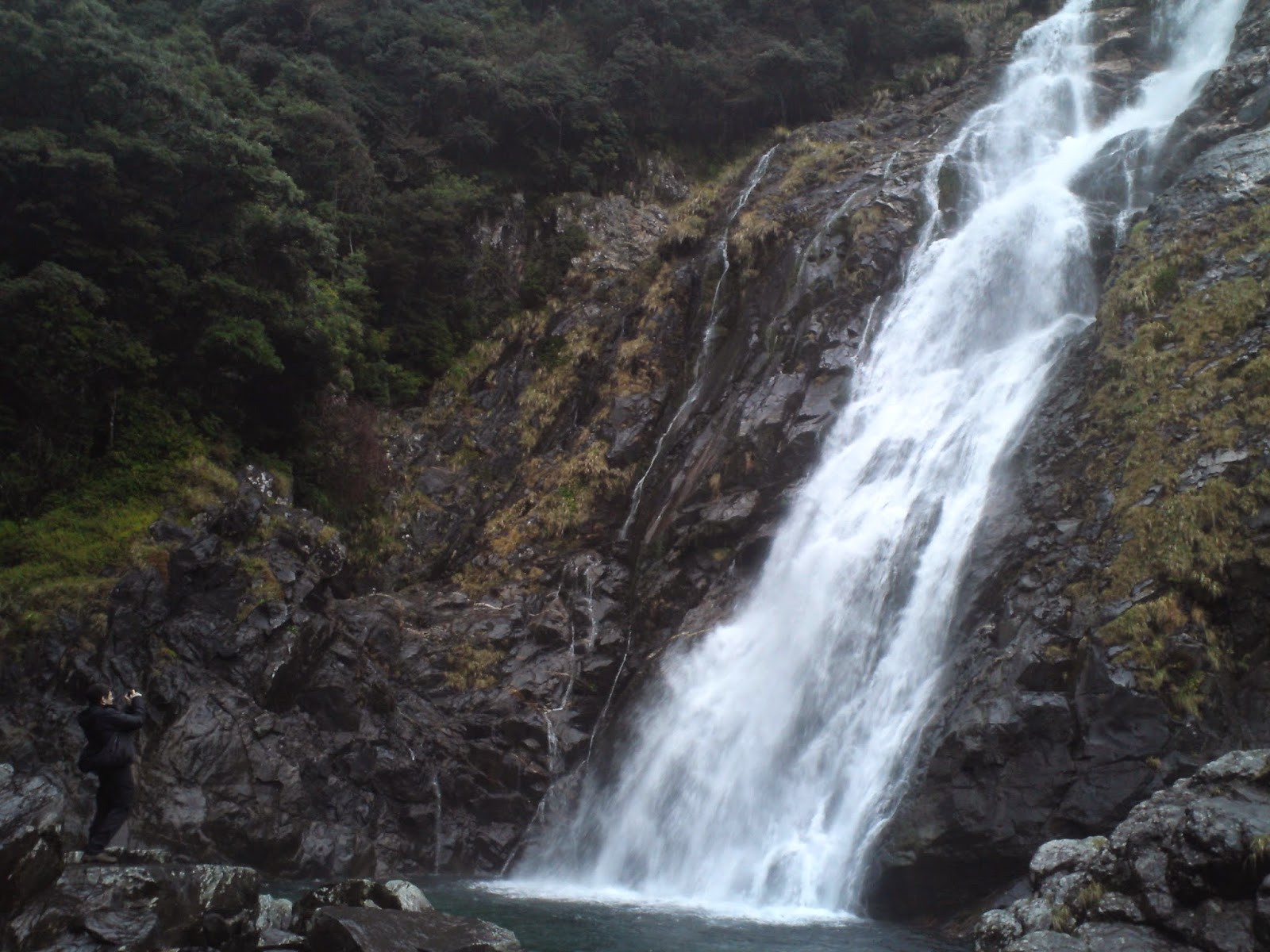 This powerful waterfall with an 88-meter drop was selected in the  1996 list of Japan's top waterfalls. Located at the end of the bus line in the southwest, it takes some time to visit, but it's worth it after a good rain shower! It's a popular destination among folks who arrive in Yakushima in the early afternoon and are planning to buy a multi-day bus pass, but have nothing on the agenda for the remainder of the first day. From the parking lot or bus stop, you walk up deeper into a steep gorge, where the waterfall fills the valley with a misty wind. The illusion that it's breathing makes for a spiritual experience at night. In the daytime, you can approach the water as close as you dare, but be aware that the rocks are slippery and every once in a while someone gets injured or even falls in. The grandeur fades during dry spells, but after typhoon-style heavy rains, the gorge fills up and the waterfall is unapproachable. 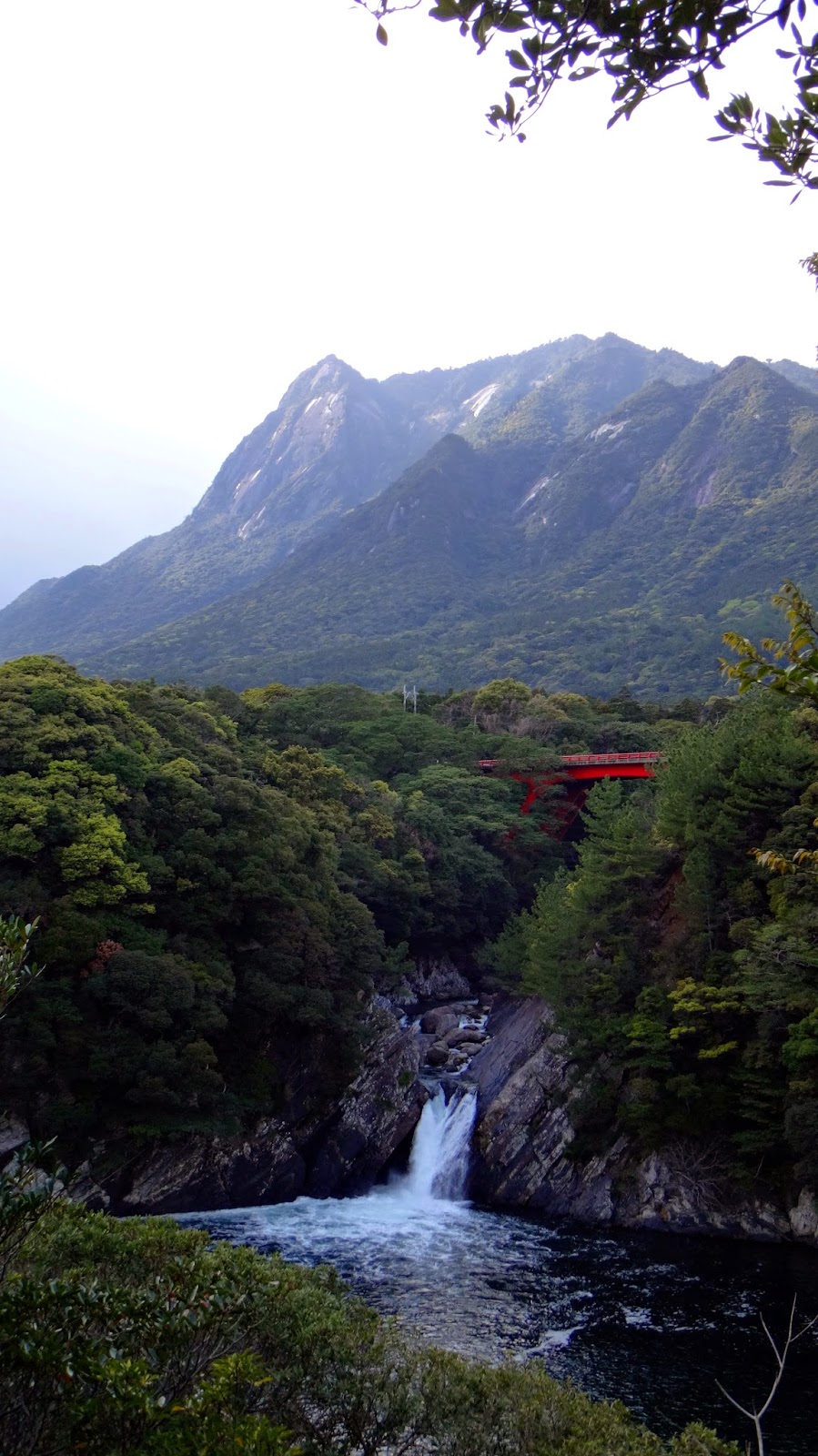 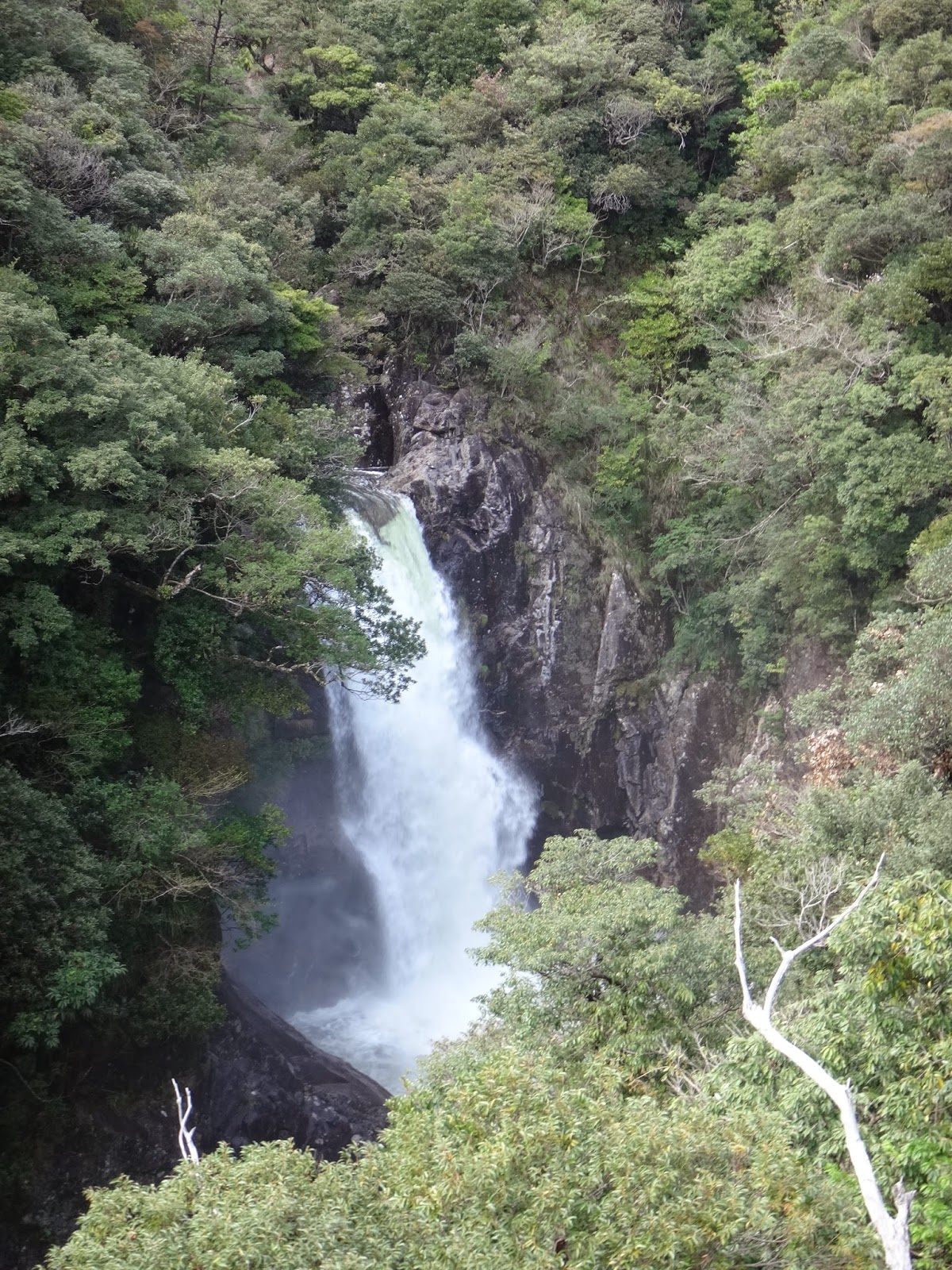 This waterfall is also located on the Tai River, between Toro-ki and Senpiro. The view isn't so great, but if you're driving to Senpiro no Taki, you ought to make a point of driving past this one on the way. 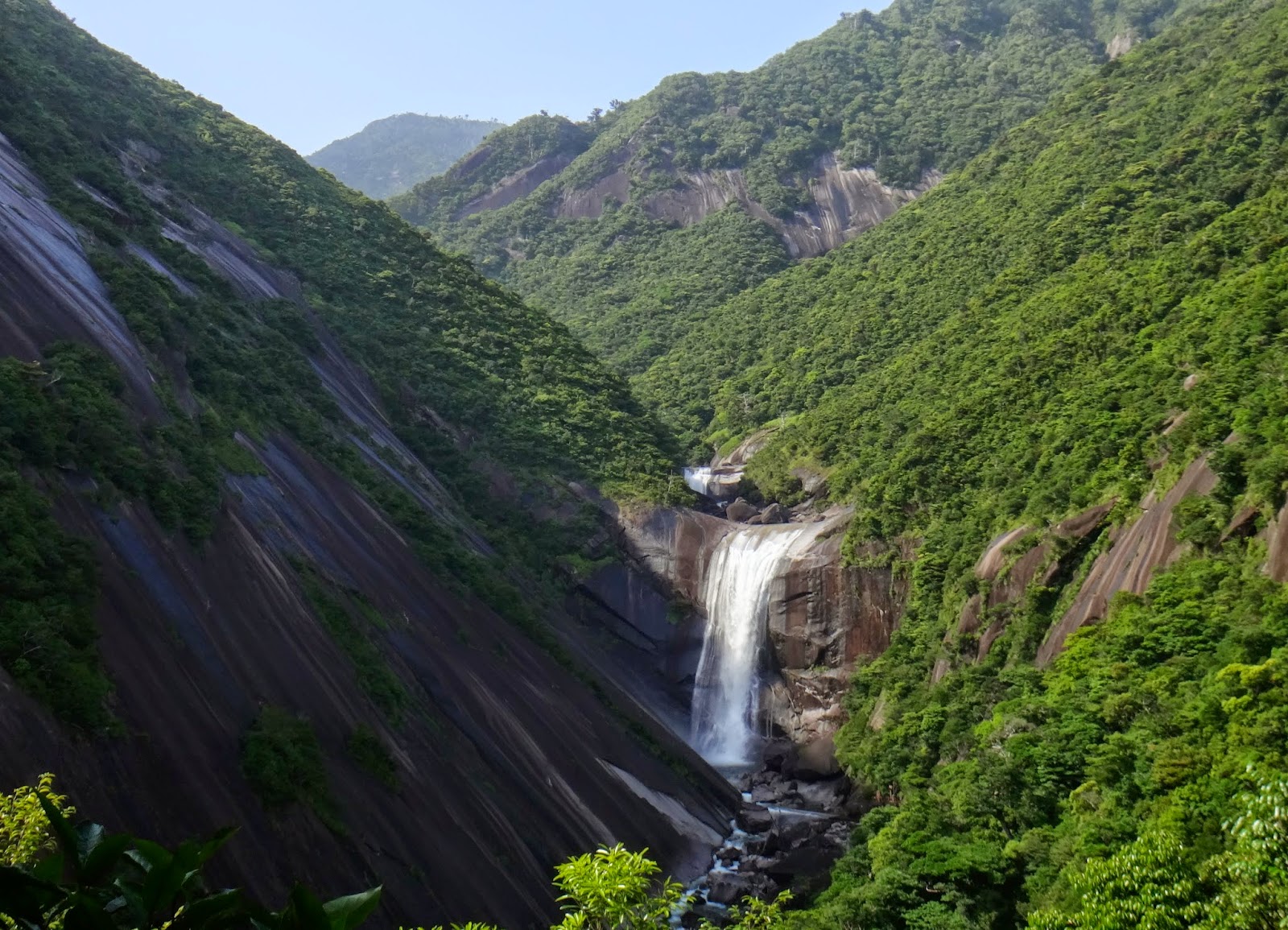 The impression made by a smooth cascade of water over a fall into a V-shaped granite valley is both tranquil and stunning. When I say that Yakushima is literally a clump of rising granite, this is what I mean. You'll immediately understand what makes rivers in Yakushima so dangerous. Unfortunately, you cannot go close to the waterfall for that reason. If you're lucky, a bit of rain and sunlight will produce a rainbow in the mist at the bottom of the fall. This waterfall is located in the southeast, a couple kilometers uphill from the main road. Oh, and you're advised to see the Toro-ki and Ryuujin first, because they'll fail to impress you once you've had a glimpse of Senpiro!